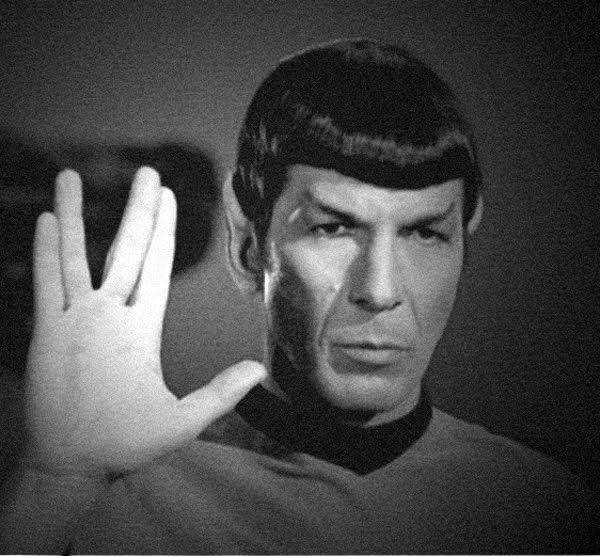 I have to admit I came sort of late to the Star Trek fanaticism – quietly then ravenously I devoured every episode until the first and original series was done. I came away with a lot of feelings about Roddenberry’s vision and the incredible collection of actors who inhabited that ‘space’… But one thing became a constant for me. While I have always been a fan of Leonard Nimoy in general, his Mr Spock became one of my most beloved favorite characters of a television series. He possessed a certain sexy nerdiness, with integrity and courage that made him an iconic figure. That’s because Nimoy knew how to manifest that special spirit- part grace part intellect. We’ll miss you so much, but now it’s time for you to boldly go where no man’s gone before in a different realm and live long and prosper there. With Love -Joey