“The Raven haired sylph who walks in beauty like the night… Of cloudless climes and starry skies; And all that’s best of dark and bright; Meet in her aspect and her eyes…” — Lord Byron

It is so easy to look upon Barbara Parkins’ exquisite beauty and make that the initial distinction you recall about her as an actress before recounting the roles she’s contributed to, the iconic roles that have heightened the dream factory of our cultural consciousness that is — film and television. As Betty Anderson of Peyton Place and Anne Welles in Valley of the Dolls. But beyond the glamour and the pulp and the melodrama and the camp, there is an actress who not only possessed an otherworldly beauty but a depth of character and quality. Who touched our hearts but was one of the earliest women to kick ass too! As Betty Anderson, she broke ground in a role that discussed women who began to reflect on their bodies being used as negotiable product for men, even in good clean small moralistic New England towns. And through a lot of painful, solitary self discovery learned to rely on her own self-reliance and newly mined self respect. Barbara Parkins was leading the way three years before Jane Fonda was flyin’ free up in space in 1968’s Barbarella. 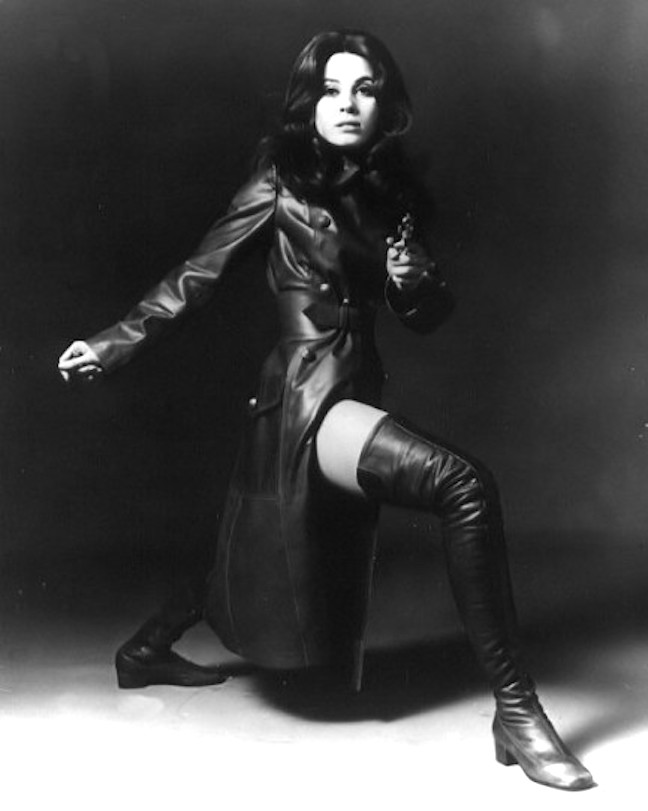 I have always been drawn to Barbara Parkins, her inherent sensuality, sophistication, her dreamy voice. There’s a deep well of desire and poetry simmering below that obvious beauty. She brings that sensuality with her to every versatile role as an actress. And that is why I’ve been in love with her since the very first time I saw her.

Barbara Parkins was among the women chosen by famed photographer Patrick Lichfield to be included in his 1983 book, “The Most Beautiful Women”. END_OF_DOCUMENT_TOKEN_TO_BE_REPLACED