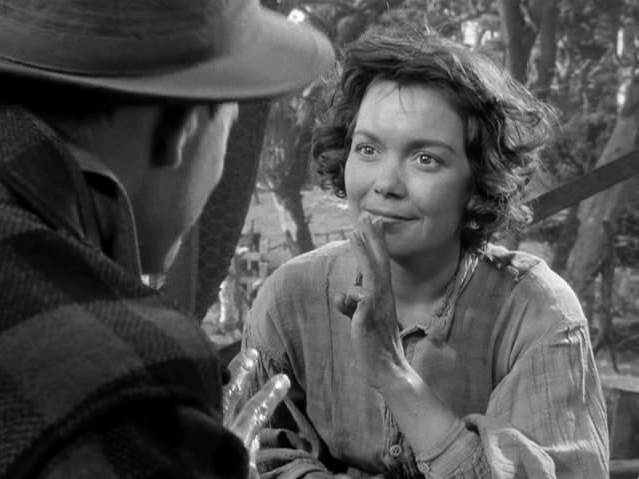 I became a recent fan of this extraordinary actress when I watched her play the feisty Eve Gill in Alfred Hitchcock’s awesome thriller Stage Fright (1950). It’s no wonder why Jane Wyman (The Lost Weekend 1945, Stage Fright 1950, All that Heaven Allows 1955) won the Oscar for her extraordinarily poignant and heart wrenching portrayal of a deaf mute Belinda MacDonald, in rural fishing village referred to thoughtlessly by many as ‘the dummy.’ Belinda must brave her physical challenges, the wall between herself and stern yet loving father (Charles Bickford) and austere and grim aunt Aggie (Agnes Moorehead) who raise her, after her mother dies in childbirth.

Within this quaint seascape brews a sickening hypocrisy, inhabited by locals that are predatory, gossiping, and judgemental church goers who live in the sanctimonious fishing village off the Nova Scotia coast. Along comes the kindly mild mannered and ethical family practitioner Dr. Robert Richardson (Lew Ayers) who doesn’t mind taking chickens as payment for doctoring, delivering calves in the middle of his supper, and who becomes Belinda’s ally and teacher, opening up a whole new world for her, unlocking the grace and passion that hungers for expression. Wyman and Ayer’s are incredibly believable as Belinda and Robert whose sensitive and loving relationship is mesmerizing! 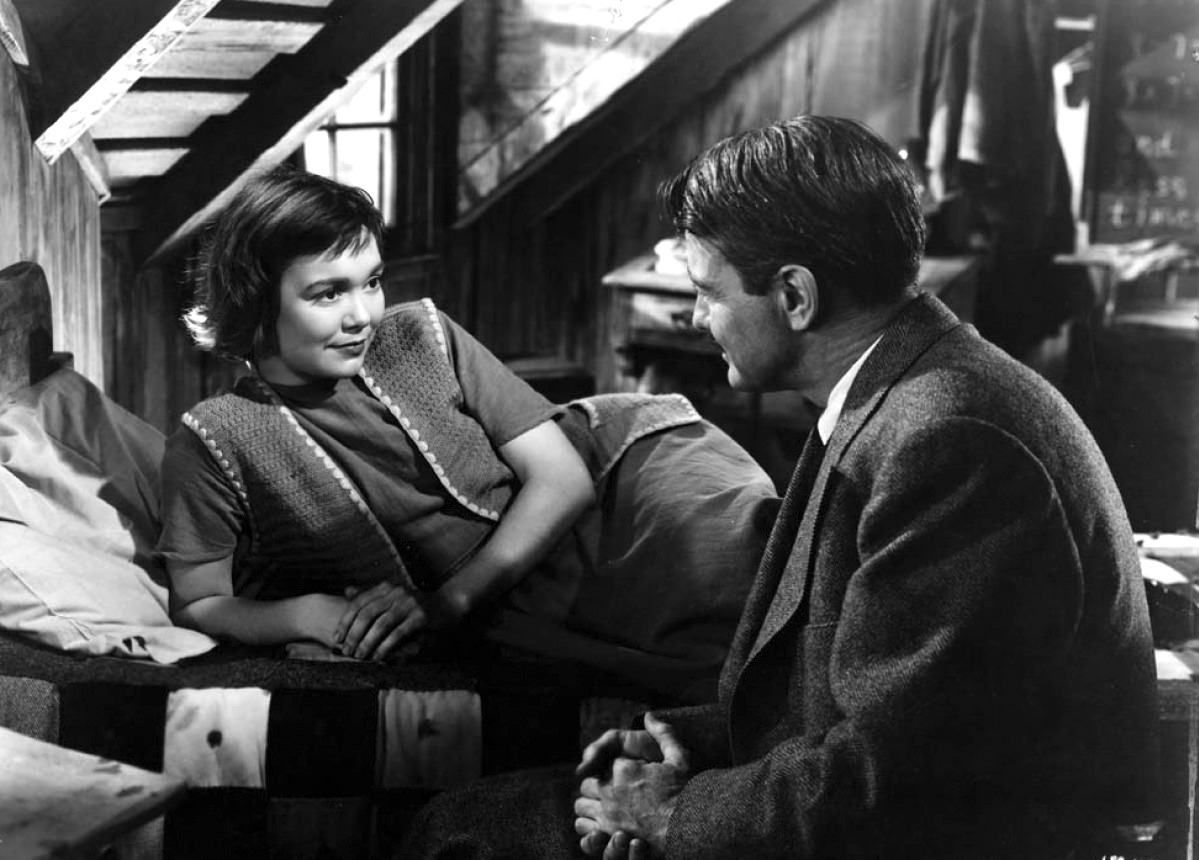 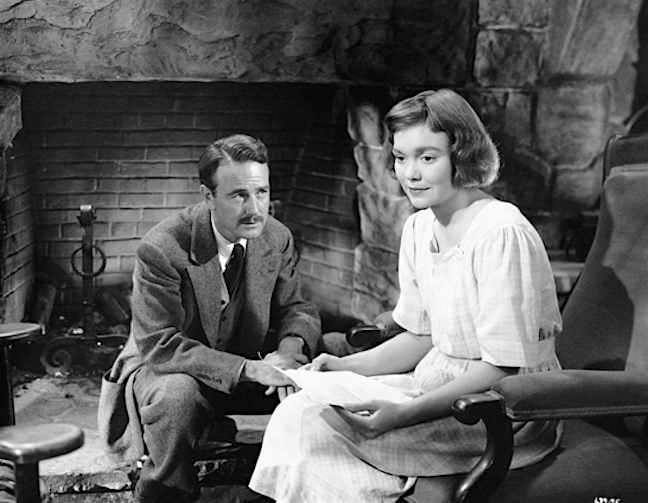 Offbeat and elegant unsung auteur, director Jean Negulesco the Romanian immigrant who came to Hollywood in the turn of the century, starting out as assistant producer and second unit-director. Perhaps acquiring his artistic sensibilities having been a stage designer and painter in the Paris of the artsy twenties. Okay he has done some obscure curiosities over his career but let’s focus on the early work with the intense tones of noir.

His first feature for Warner Bros. in 1941 was the remake of Dangerous 1935, but it wasn’t until he became proficient in the realm of noir with his first masterpiece The Mask of Dimitrios (1944) starring one of Warner Bros. most recognized, quirky characters Peter Lorre and Sidney Greenstreet. Then he directed these two great character actors along side Hedy Lamarr in The Conspirators (1944), then Nobody Lives Forever (1946) with John Garfield and Geraldine Fitzgerald.

Once again, Negulesco arranges his unusual & wonderful noir/suspense yarn about three random people who’s lives become entwined around a lottery ticket, starring Lorre, Greenstreet and Fitzgerald, in Three Strangers (1946). Eventually directing the memorable Humoresque (1947) with John Garfield and Joan Crawford as the brilliant opportunistic violinist and the dynamic Crawford as the wealthy, hysterical dame Helen Wright who idolizes him. Then came Deep Valley (1947) starring Ida Lupino who is amazing as the alienated woman awakened by gangster Dane Clark. Jack Warner made a big mistake when he let go of Negulesco who then went to Fox and made the way cool noir favorite of mine, Road House (1948) with Ida Lupino, followed by Three Came Home ( (1950) with Claudette Colbert and one of my favorite quirky melodrama’s Phone Call From a Stranger (1952) starring Bette Davis, Gary Merrill, Shelley Winters, Michael Rennie, Keenan Wynn, Warren Stevens and Beatrice Straight. 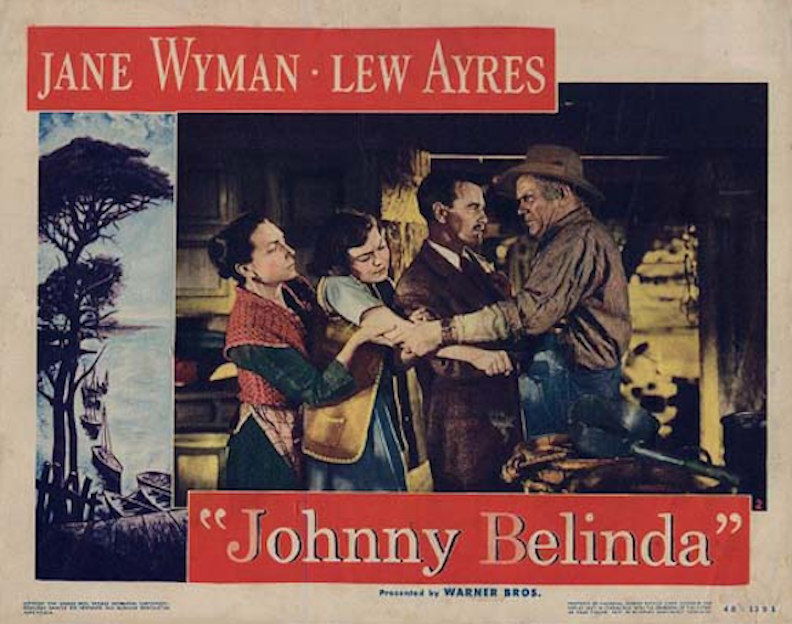 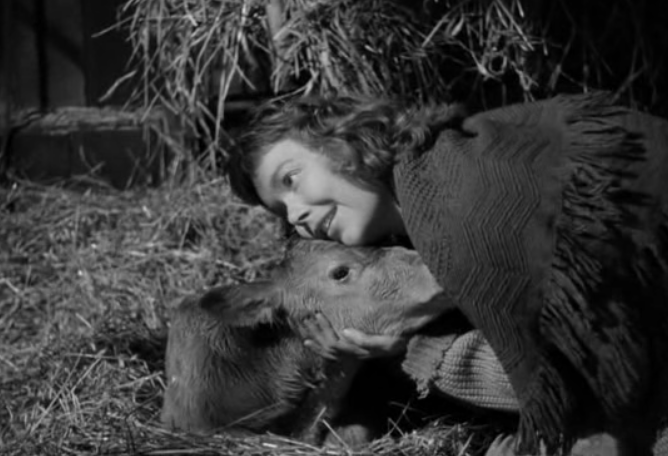 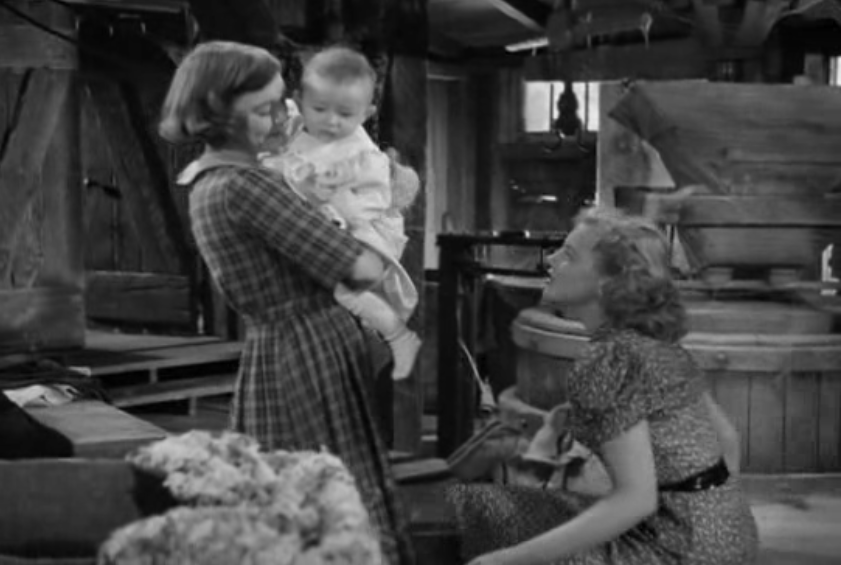 But truly what must be his most notable masterpiece and greatest work, is the beautifully filmed melodrama that exudes realism Johnny Belinda (1948) dealing with the subject of poverty, rape, and single motherhood in a starkly bold manner. A tale of human suffering, human kindness, self-righteous aggression, sacrifice, and release that is partly due to the marvelous casting making the story come to life from the adapted screenplay by Irmgard VonCube 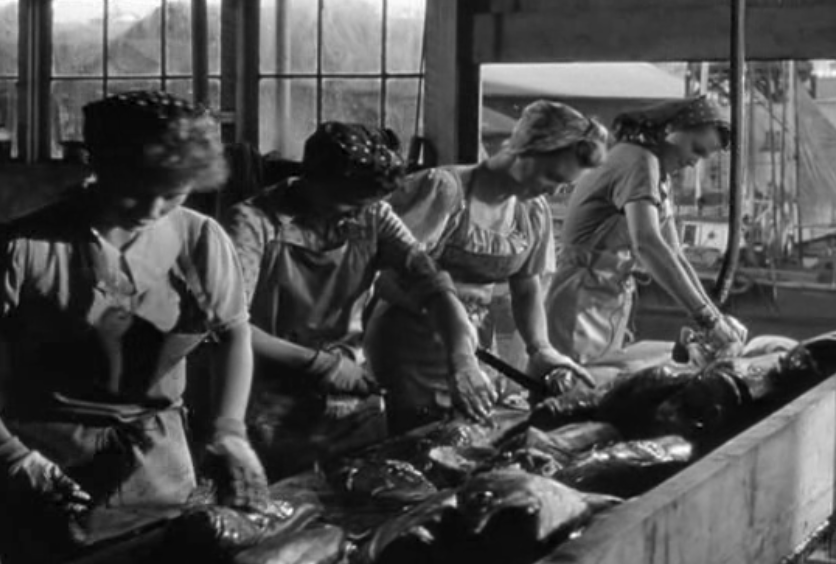 Belinda’s father Black McDonald, who runs a modest grist mill, is a stoic and pragmatic man portrayed with the granitized  masculinity of Charles Bickford. His sister is the harsh seemingly unsympathetic downright cantankerous bread making machine, Aunt Aggie manifested by the great Agnes Moorehead, who has perhaps some of the best lines as usual! Aggie comes around eventually showing loyalty, compassion and a steadfast protectiveness for her tragic yet beautiful and inspirational niece Belinda. 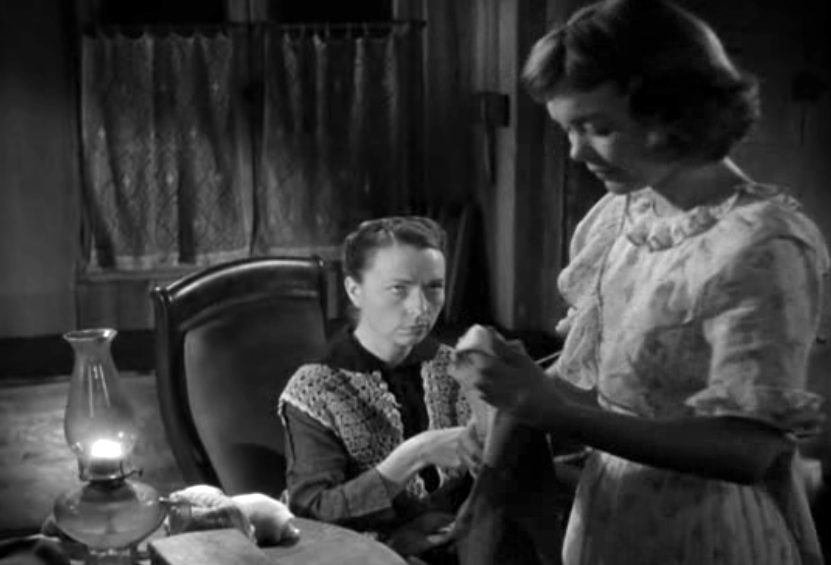 Stephen McNally plays the smarmy Locky McCormick, the egotistical brute & lothario who wants to marry Stella (Jan Sterling) partly for her inheritance, but mostly for her unabashed enchanting cuteness. He lusts after Belinda after watching her dance to the vibration of a violin when he and his rowdy gang invade the McDonald’s mill to pick up their dried goods. He comes back while Belinda is alone, the night of the town dance, because she is seemingly defenseless, figuring she cannot relate her attack to anyone. Once Belinda becomes pregnant by the rape, it puts more of a burden on this ostracized family, not to be targets of ridicule by the locals.What’s worse she can’t even negotiate the import of bearing his child, she only knows that she loves the little guy fiercely, though I won’t give away the climax of the film. 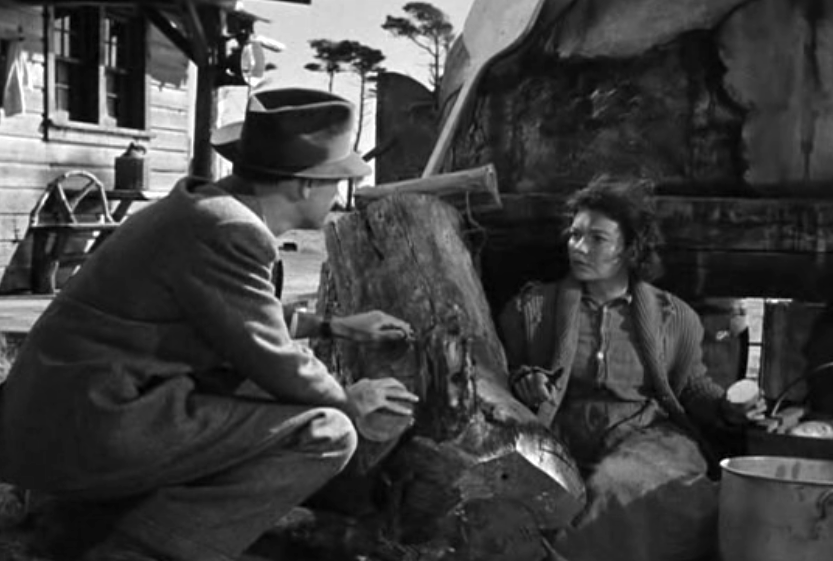 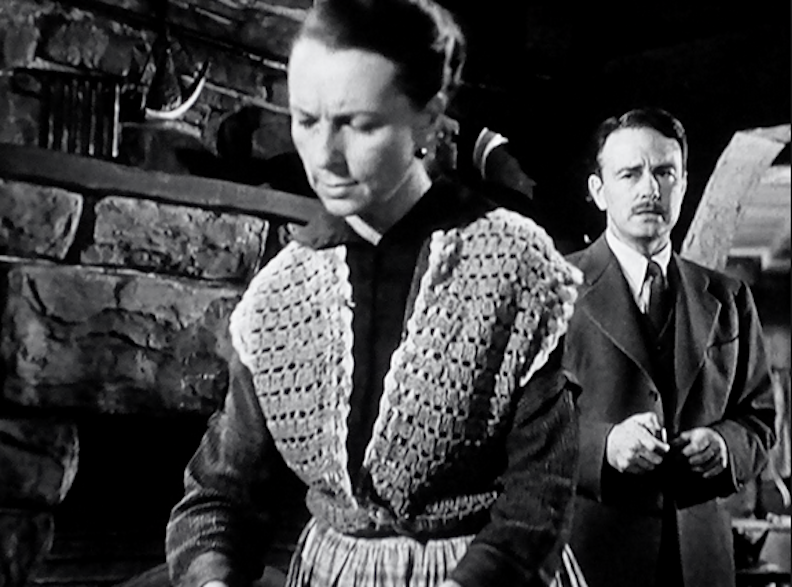 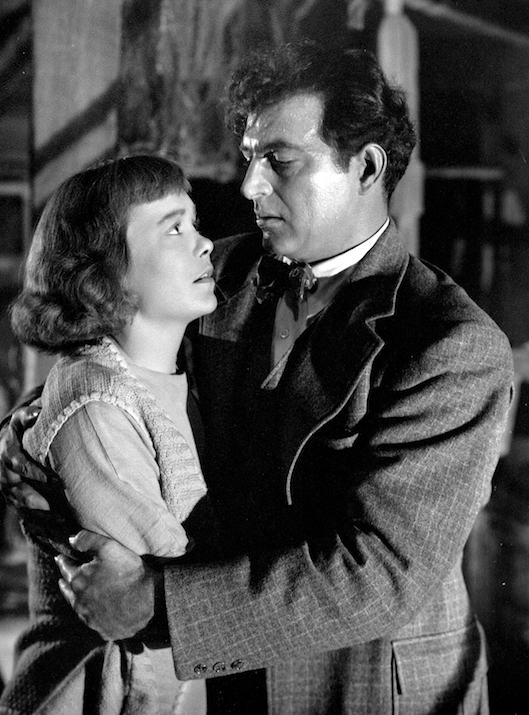 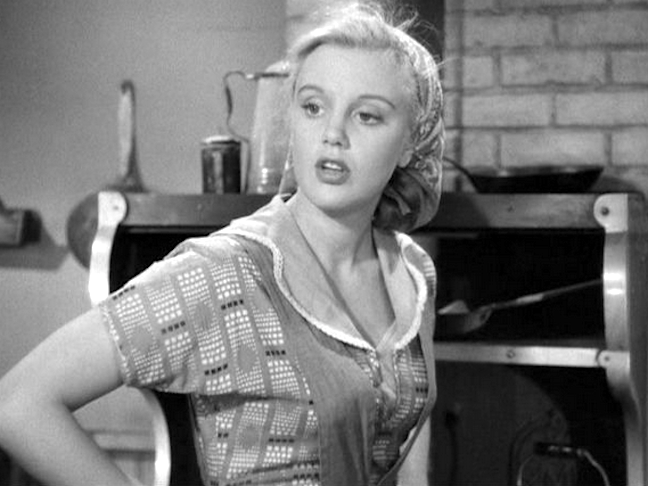 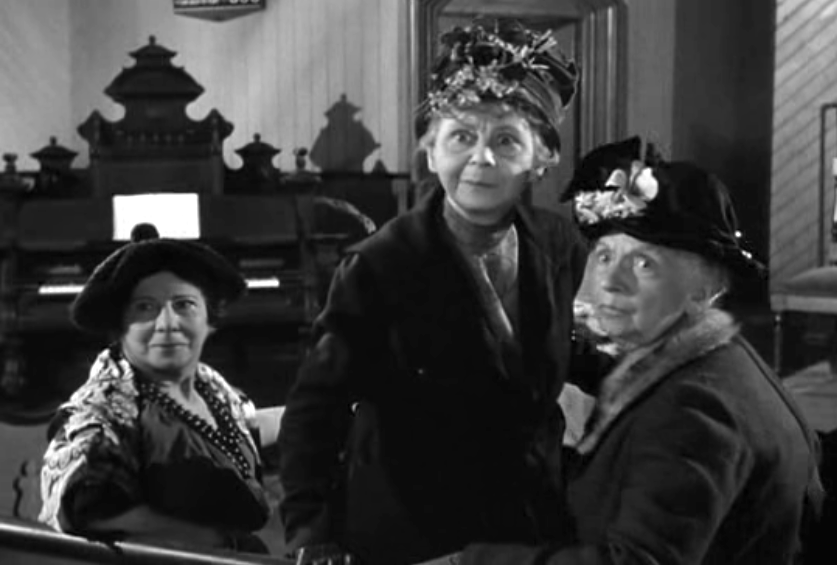 With an incredible moving score by Max Steiner and gorgeously evocative cinematography by Ted D McCord (The Treasure of the Sierra Madre (1948), East of Eden (1955) and The Sound of Music (1965).

I couldn’t resist taking notice of the quintessential gist of the film, spoken as only ferociously honest as Agnes Moorehead can deliver here’s her memorable quote: 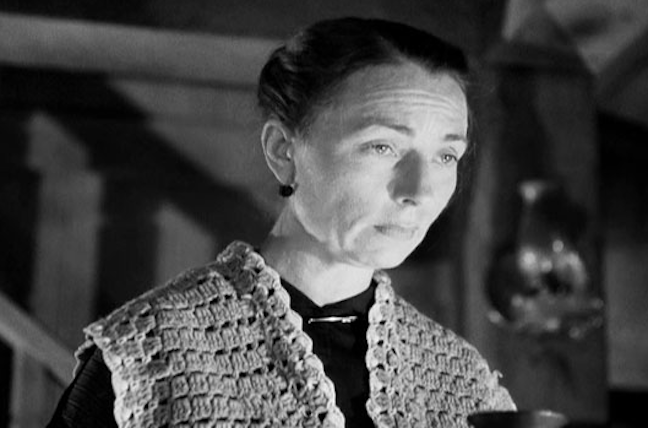 Agnes Moorehead as Aggie McDonald “It’s hard to get born and it’s hard to die!” 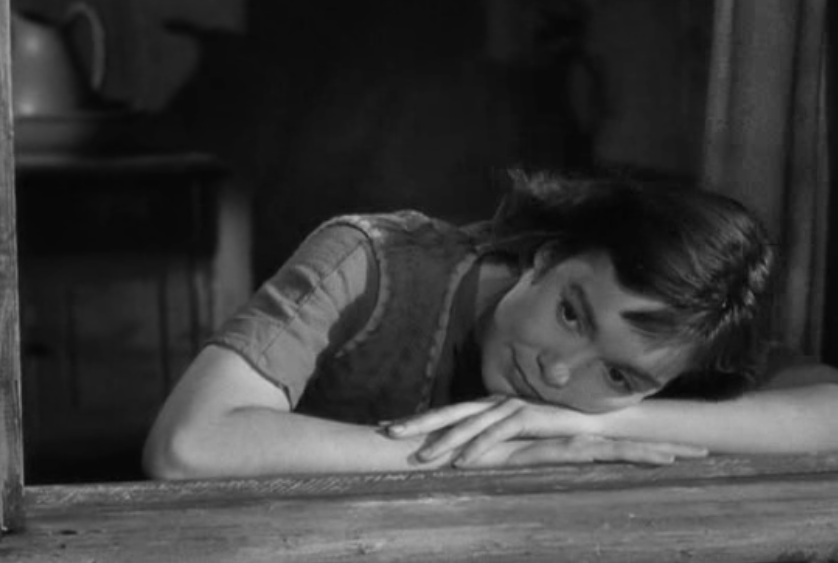 Your EverLovin’ Joey saying no matter how many loaves of bread you have to bake, life should never be hard for ya!