Bradford Dillman is one of those ubiquitous & versatile actors who you find popping up just about everywhere, and whenever I either see him in the credits or think about some of his performances, I am immediately happified by his presence in my mind and on screen.  It’s this familiarity that signposts for me whatever upcoming diversion I’m in store for, will be something memorable indeed.

He’s been cast as a saint, a psychopath, elite ivy league intellectuals with an edge, unconventional scientists, military figures, droll and prickly individualists, clueless bureaucrats, or drunken malcontents and he’s got a sort of cool that is wholly appealing.

Bradford Dillman was omni-present starting out on the stage, and major motion pictures at the end of the 50s and by the 1960s he began his foray into popular episodic television series and appeared in a slew of unique made for television movies throughout the 1970s and 80s, with the addition of major motion picture releases through to the 90s. His work, intersecting many different genres from melodramas,historical dramas, thrillers, science fiction and horror.

There are a few actors of the 1960s & 70s decades that cause that same sense of blissed out flutters in my heart — that is of course if you’re as nostalgic about those days of classic cinema and television as I am. I get that feeling when I see actors like Stuart Whitman, Dean Stockwell, Roy Thinnes, Scott Marlow, Warren Oates, James Coburn, Lee Grant David Janssen, Michael Parks, Barbara Parkins, Joanna Pettet ,Joan Hackett , Sheree North,  Diana Sands, Piper Laurie, Susan Oliver and Diane Baker.  I have a fanciful worship for the actors who were busy working in those decades, who weren’t Hollywood starlets or male heart throbs yet they possessed a realness, likability, a certain individual knack and raw sex-appeal.

Bradford Dillman was born in San Francisco in 1930 to a prominent local family. During the war he was sent to The Hotchkiss School in Lakeville, Connecticut. At Hotchkiss, senior year he played Hamlet. At Yale he studied English Literature and performed in amateur theatrical productions and worked at the Playhouse in Connecticut. Dillman served in the US Marines in Korea (1951-1953) and made a pact that he’d give himself five years to succeed as an actor before he called it quits. Lucky for us, he didn’t wind up in finance the way he father wanted him to.

Dillman enrolled and studied at the Actors Studio, he spent several seasons apprenticing with the Sharon Connecticut Playhouse before making his professional acting debut in an adaptation of Nathaniel Hawthorne’s “The Scarecrow” in 1953 with fellow Studio students Eli Wallach and James Dean. Dillman referred to Dean as ‘a wacky kid’ but ‘very gifted’.

He only appeared in two shows in October 1962 of The Fun Couple in 1957 with Dyan Cannon and Jane Fonda before the play closed in New York only after two days.

We lost Bradford Dillman last year in January 2018. I was so saddened to hear the news. And I missed the chance to tribute his work then, but now that his birthday is here, I feel like celebrating his life rather than mourning his death, so it’s just as well.

Bradford Dillman wrote an autobiography called Are You Anybody? An Actor’s Life, published in 1997 with a (foreword by Suzy Parker) in which he downplays the prolific contribution he made to film and television and acting in general. Though Dillman didn’t always hold a high opinion of some of the work he was involved in, appearing in such a vast assortment of projects, he always came across as upbeat and invested in the role. 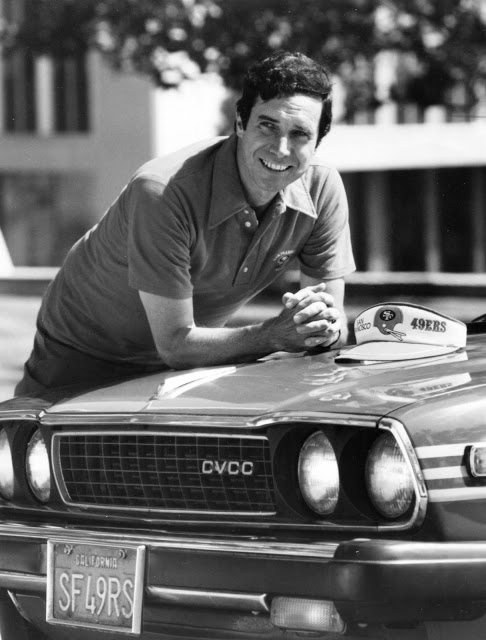 “Bradford Dillman sounded like a distinguished, phony, theatrical name, so I kept it.”

[about his career] “I’m not bitter, though. I’ve had a wonderful life. I married the most beautiful woman in the world. Together we raised six children, each remarkable in his or her own way and every one a responsible citizen. I was fortunate to work in a profession where I looked forward to going to work every day. I was rewarded with modest success. The work sent me to places all over the world I’d never been able to afford visiting otherwise. I keep busy and I’m happy. And there are a few good films out there that I might be remembered for.”