Directed by Robert Fuest (The Abominable Dr. Phibes 1971, The Devil’s Rain 1975) and written by Brian Clemens. Pamela Franklin plays Jane and Michele Dotrice is Cathy, two English twenty somethings touring around the rural French countryside. The two argue about the route and become split up, Cathy vanishes without a trace. Jane begins to search for her friend, and stumbles into a world of alienation and the very real threat of a sex murderer on the loose. Who can she rely on as she desperately tries to find her disappeared girlfriend while she is being stalked by a crazed killer. 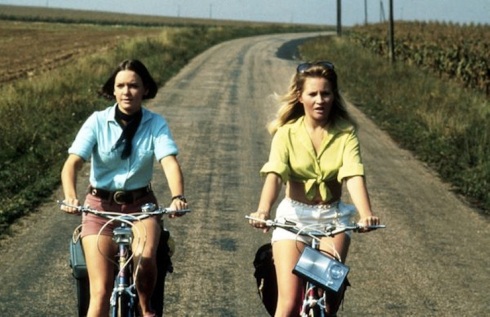