Nobody does still waters run deep kind of tough more than George Raft. 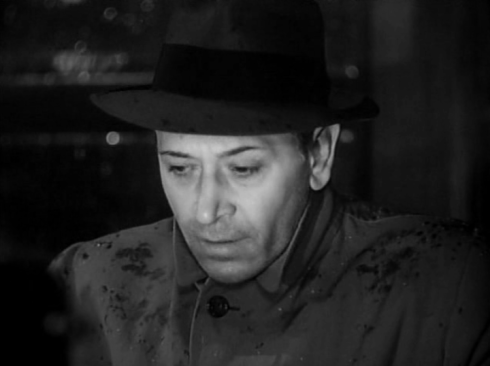 In Roy Del Ruth’s (The Maltese Falcon 1931 with Bebe Daniels and Ricardo Cortez, Du Barry Was a Lady 1943, yes tis true The Alligator People 1959, Why Must I Die? 1960) Noir morality play Red Light, Raft plays Shipping boss Johnny Torno, who catches Nick Cherney (Raymond Burr in one of his most sinister roles) embezzling funds. Torno gets Cherney a term in San Quentin with just enough time to build a psychotic grudge. 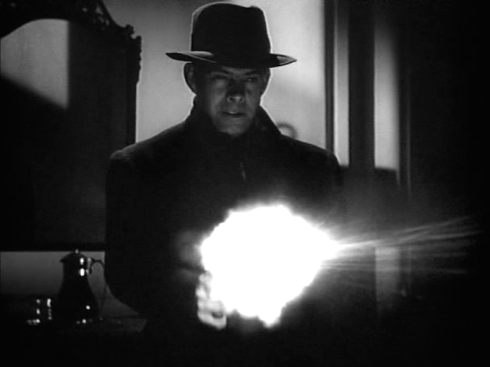 But instead of planning to kill Torno, he decides to hit him where it will hurt more, he pays fellow inmate Rocky who’s getting out in a few days (Harry Morgan in one of the most menacing roles I’ve seen him play, he deserves a place at the bad boy table with Dan Duryea and Frank Lovejoy) to kill Torno’s younger brother, war hero and chaplain brother Jesse played by Arthur Franz.

Driven mad by the mystery of who shot his beloved baby brother down in a hotel room, Torno goes on a quest to find the bible where the name of Jesse’s killer is written. The cinematography and shadowy framework by cinematographer Bert Glennon ( The Red House 1947, House of Wax 1953) is tense and chilling, and all the performances are stellar. Including Gene Lockhart who plays co-owner of the 24 hours a day shipping company. The film also co-stars Virginia Mayo as Carla North who Torno enlists to help him track down his brother’s killer. There are some of the most brutal and uniquely violent moments in the film which is tempered by the question of vengeance and faith.

I couldn’t help but love Warni’s shared wisdom when he tells Torno who’s drinking himself into an angry stupor to let Jesse’s death go and move on with his life.

Gene Lockhart as Warni Hazard “My old man used to say liquor doesn’t drown your troubles… just teaches them how to swim.”