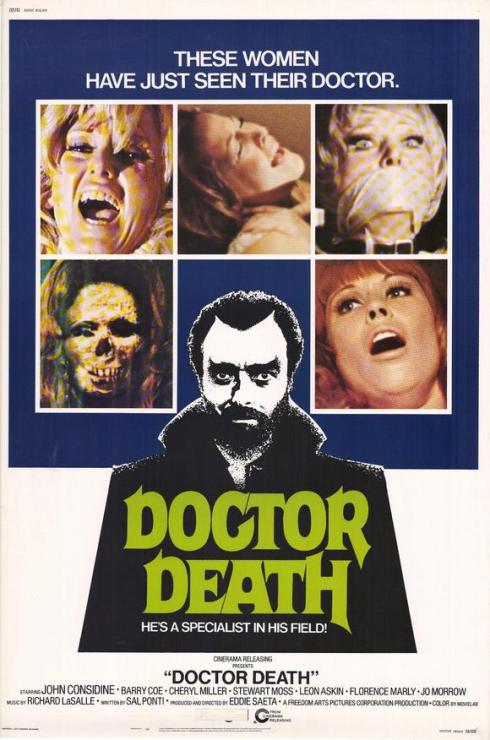 Dr Death is television and film actor John Considine who plays the let’s say…ultra exuberant Dr.He’s a thousand-year-old magician who has mastered the art of soul transference. Throughout the film you’ll hear him exclaiming “Enter that body” as animated as Richard Simmons giving exercise instructions! 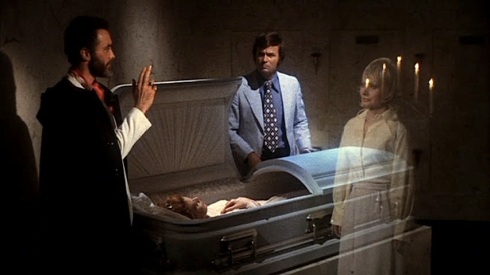 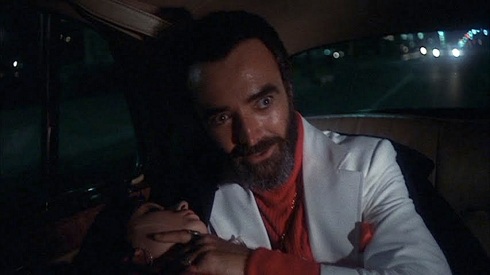 In his red satin shirt Considine would make an excellent SATAN!!!!!!!!

Because of Dr.Death’s power to transplant the soul of one body to another, he is able to possess ANY BODY he wants! 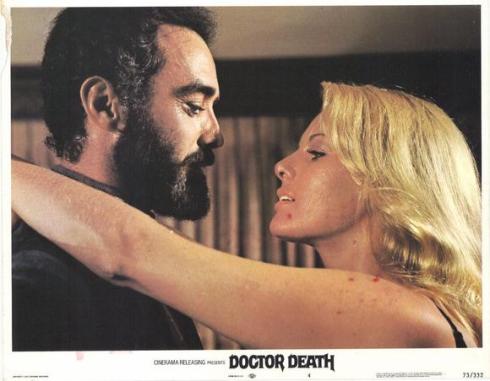 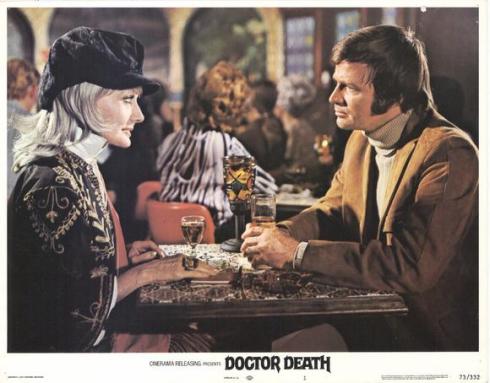 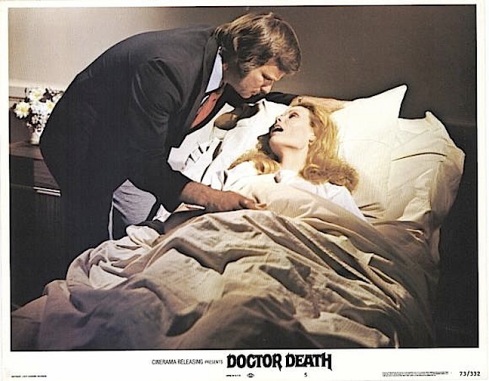 This exquisitely schlocky film was directed by Eddie Saeta who had been assistant director on such memorable films as Brian’s Song 1971, This Property Condemned 1966 and 20 Million Miles to Earth 1957! Also of interesting note the legendary music producer Berry Gordy not only helped finance the film but directed one of the sequences where Dr. Death is trying to convince a spirit to enter the wife’s body. 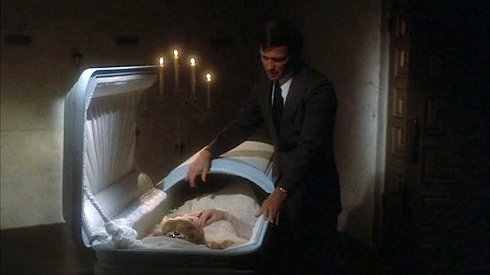 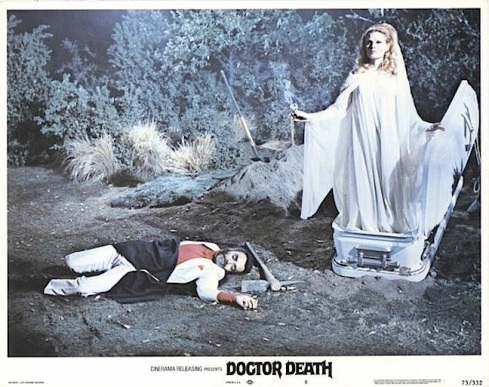 I saw this film years ago on a large box decrepit VHS tape that I purchased from one of those Indie Video Store bin sales. Actually I still have that VHS and will probably break it out this weekend and watch it again just to hear him say “Enter that body” it tickled me so much the first time around. I can’t believe how awful it seemed and yet how compelled I was to watch this film. Considine is an interesting actor, but perhaps this time it won’t be as much fun, I”ll let you know! 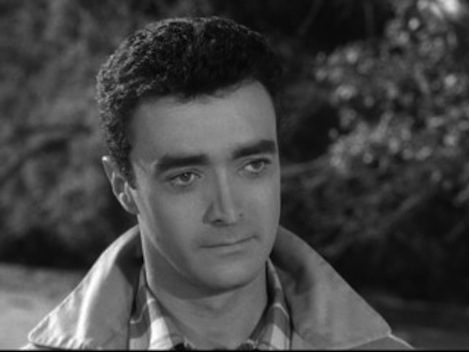 John Considine from an episode of The Fugitive Season 1 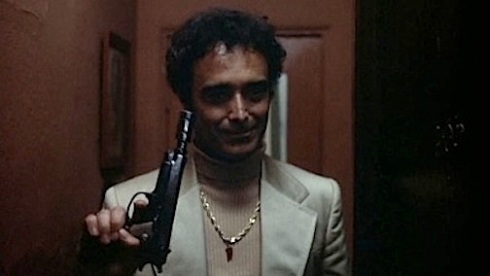 John Considine in The Late Show 1977

Considine is an actor who’d you’d recognize from numerous television episodes, usually playing a scoundrel, a skunk or a failed man, but he is always a memorable character, and Dr. Death is perfect for him!

So If you want to join me this weekend, make some popcorn and laugh your ass off, while saying to yourself, er…hey wait…that’s sort of cool, you’ll scratch your head and won’t be sorry for the 87 minutes it takes. Please LET ME KNOW!

“These Women Have Just Seen Their Doctor.”