Director José Mojica Marins  inhabits the role of Zé do Caixão better known as Coffin Joe, a diabolically creepy gravedigger with wicked nails like claws who sports a top hat and cloak as he terrorizes the villagers with his evil desires. His lover Lenita can not bare him a child. He begins to pursue Terezinha de Oliveira (Magda Mei) who is engaged to his friend Antonio. Zé do Caixão murders Lenita & Antonio. He rapes Terezinha hoping to get her pregnant, but she commits suicide instead. Comes the Day of the Dead, he is warned by the local gypsy that his deeds will come back to avail themselves and send him to hell!

Zé do Caixão: “What is life? It is the beginning of death. What is death? It is the end of life! What is existence? It is the continuity of blood. What is blood? It is the reason to exist!” 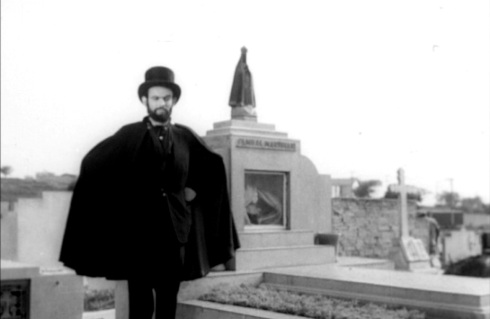 5 Down, 145 to go!-MonsterGirl on a mission to keep it short