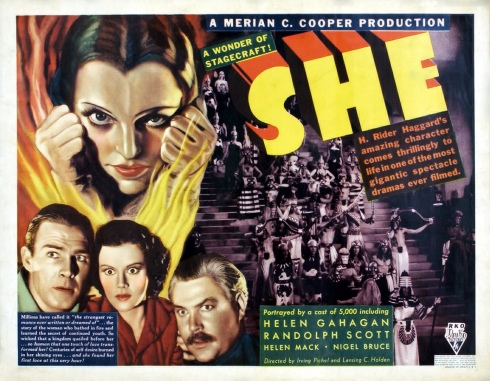 I am planning a more in depth overview of this beautiful film that plays like a surrealist opera, with extravagant choreography and fantastic art and visual design. Massive quasi Sumerian /Deco sets by Art Director Van Nest Polglase and set direction by Thomas Little. A stunning score by Max Steiner 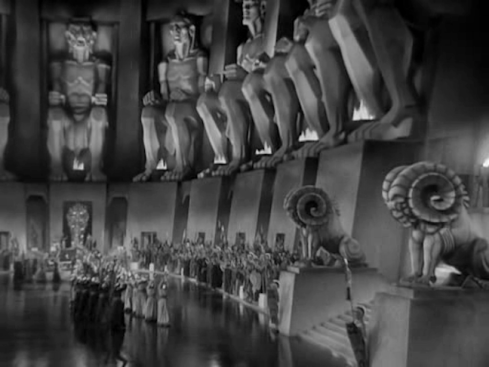 Randolph Scott  plays Leo Vincey  the descendant of his identical looking ancestor who claims to have visited an ancient lost land over 500 years ago, where exists the secret of immortality within the eternal flames of a mystic fire. Over seen by an immortal Queen called ‘She’ the entrancingly beautiful Helen Gahagan

Vincey sets out with family friend Horace Holly, the wonderful Nigel Bruce to discover this mysterious legend, taking along with him as well, the beautiful Tanya Dugmore (Helen Mack), a guide’s daughter.

They struggle through the frozen terrain of the Russian arctic, until they stumble upon Kor, the hidden civilization brutally reigned over by the vicious Queen She. Once She sets her sights on Leo, she believes that it is her beloved John Vincey, her long lost lover who left her behind 500 years ago! 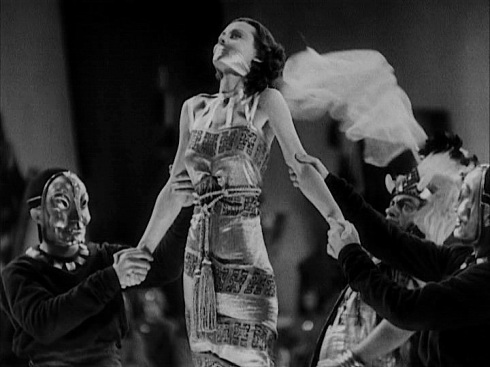 “From H. Rider Haggard’s weird, wondrous story of the beautiful woman who bathed in flame and lived 500 years .. at last to find her first love at this very hour!”