Yet another underrated Karloff Thriller episode in brief. Yes, I know, I”m long winded, and if you had to wait for me to do the whole transcription for some of these wonderful shows and films, I’d never write anything. I am trying to be disciplined here. Less photo work, less rambling on, more to the gist of the story!

But don’t get too comfy with my brevity, The long winded MonsterGirl lurks around the corner to sweep you up with 2 part series’ and photo galleries that could fill an entire album. That’s just how I roll, and I truly hope most of you take me as I am….! 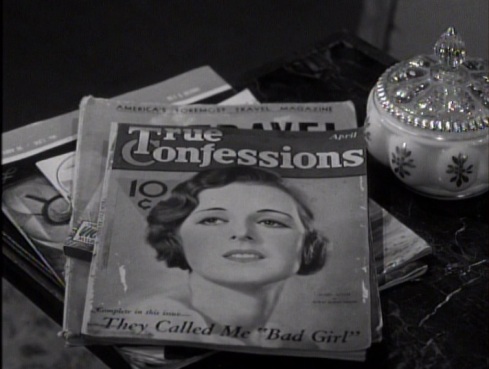 “Rose French. in the blur of memory…the face grows dim…but do you remember the name….20 years ago…Rose French, the remarkable Rose French. As a servant girl, or as a princess. She was a quicksilver star in a celluloid heaven. If a woman could sell her soul to achieve such fame, what wouldn’t she do to get it back. Poor Rose, that was all she wanted, to re live the past. And those who loved her, Frank Clyde for instance could do nothing to stop her, but the come back trail could lead to strange and sinister places. To a lonely garden. And to a night of terror!

It could even lead to the face of a painted doll…but the come back trail is a journey without maps…as sure as my name is Boris Karloff…Poor Rose French and her last desperate summer….That’s the name of our story ROSE’S LAST SUMMER. Our principle players are Ms Mary Astor, Mr Lin McCarthy and Miss Helen Quintal …

Let me assure you this is a THRILLER”

In the beginning scenes of Roses Last Summer we see a weary yet unrestrained drunk, an uninhibited woman who looks like she’s got a mad on at the world, stumbling outside a night crawlers bar. She’s having an argument with the bar owner who apparently has thrown her out of his establishment. After spouting a few barbs at the place, she takes off her shoe and throws it through the glass window with neon letters that spell BAR.

She then stumbles in front of a moving truck which strikes her down in the street. A crowd gathers around her unconscious body. Someone picks up a snapshot of her from her hand bag and announces , that this is no ordinary lush, this is the once famous but now aged star of the silver screen Rose French. An intense and curious man in the throng of street faces, begins looking suspiciously at poor Rose splayed out on the asphalt.

But this is just the beginning of the story. 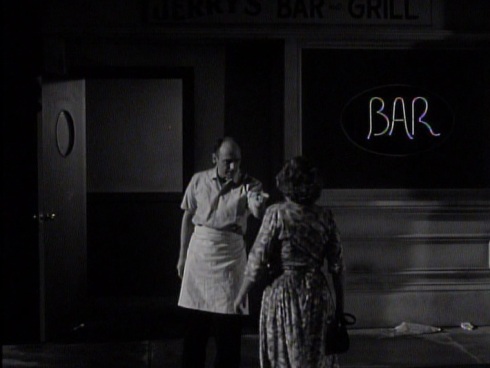 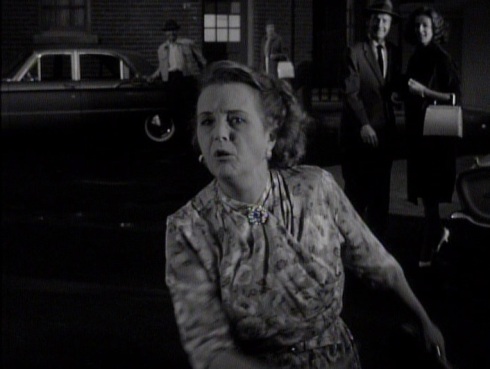 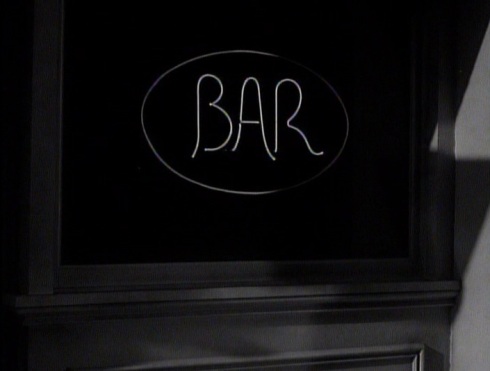 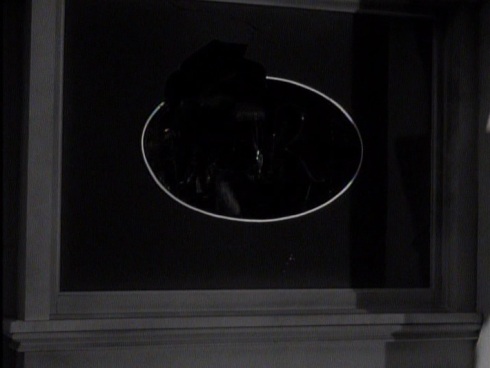 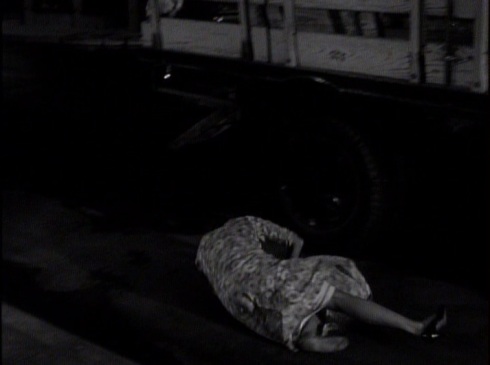 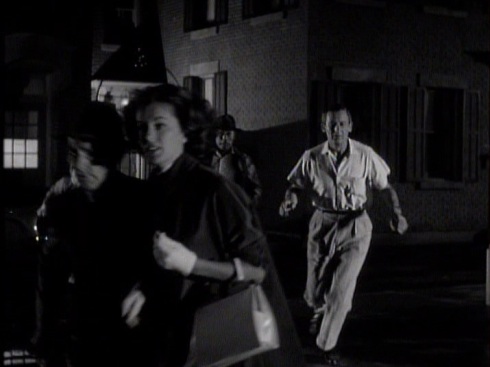 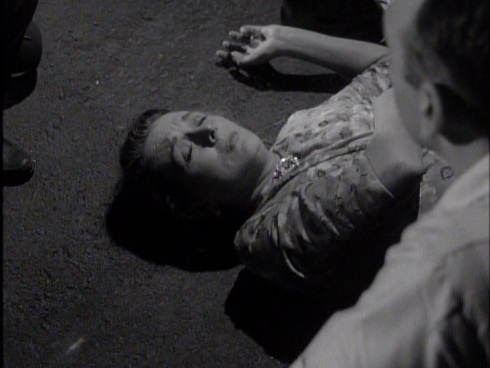 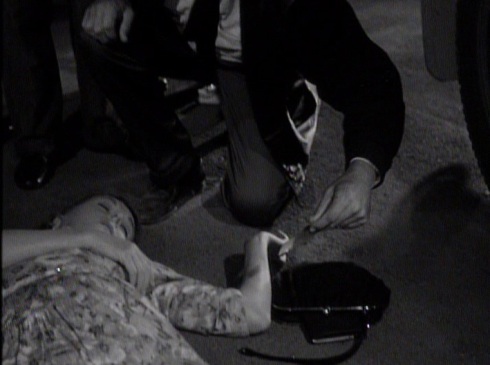 The treacherous Willet Goodfield up to no good! 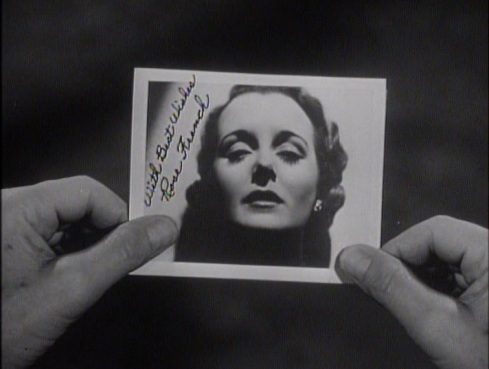 This is the beautiful Rose French! 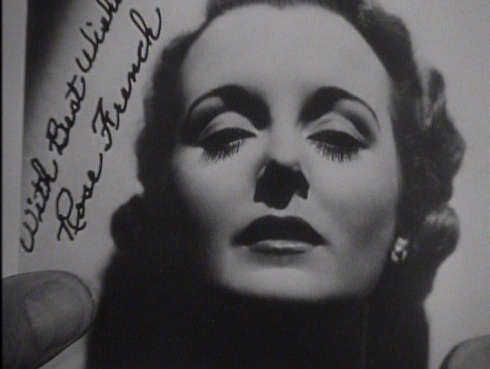 Aging is not easy for a once beloved and beautiful movie star….

Rose’s trusted friend, Frank Clyde who refuses to believe that Rose has died so suddenly and mysteriously.

An aging actress… the always sophisticated Mary Astor plays Rose French who is mysteriously found dead in the Goodfield’s family garden, and they may know more about her death than they will admit.There’s something to do with an inheritance and Mother Goodfield reaching the age of sixty five. Son Willet played by Hardie Albright is an unnerving leech and Rose might have wandered into a dangerous masquerade that isn’t all that innocent or lucrative.

Trusted friend, Frank Clyde doesn’t let up on the notion of Rose French’s tragic death in some stranger’s family garden, and proceeds to investigate what’s really going on in the Goodfield house.

He employs the help of Rose’s ex husband Haley Dalloway (Jack Livesey) to reconstruct Rose’s last movements, and scrutinize this secretive family who claims Rose just sat down and died on a bench in their quiet garden.

Mary Astor was wonderful in The Maltese Falcon 1941, But I truly became a fan of hers when I saw her in Robert Aldrich’s  Hush Hush Sweet Charlotte (1964) as the bitter but enlightened Jewel Mayhew.

In Rose’s Last Summer, Astor does a superb job of evoking sympathy for a bygone era and the stolen years that are taken from, an aging movie queen. The yearning for a comeback and while cauterized by time and liquor, still exudes a certain dignity through the fumes of booze, desolation, and a wise remark or two.

After Rose is sprung from jail for disorderly conduct and smashing the bar window, Frank goes to visit her at her rooming house, where he finds Annie the old gal landlord who’s more motherly than landlady. 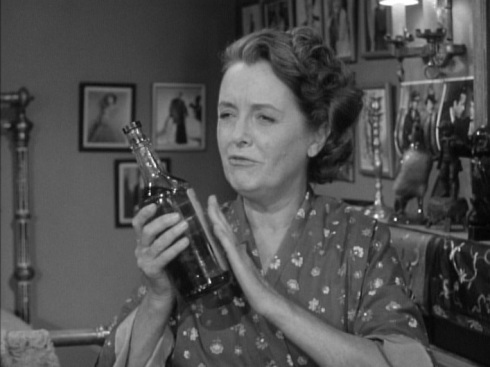 She’s drinking again, holding up a bottle as tribute to something new and big in her life. Her voice so deep throated and sanquine. “There’s nothin’ the matter”, she’s just happy, She’s got a job. Annie and Frank seem so surprised.

“Well what’s so startling about that I’ve made a fortune in my time, I’ve supported three husbands, no…only two Haley Dalloway supported me…the only trouble was he wanted to change me too..”

As Rose reflects more solemnly than melancholy, Annie gets excited, “You’re going back to Hollywood!” she says with a gleam in her eyes. Rose chuckles and shrugs, “Huh, not a chance!…Hollywood couldn’t meet my price darling.” Rose pats her hair self assuredly, provocatively.

Frank asks what sort of a job. She tells them some kind of housekeeper. He asks if it’s on the level. She tells him “it couldn’t be leveler.”

Rose is in rare form, a gay mood and has come into some cash…Rose tells Frank she’ll keep in touch, “buy him a steak day one of these days.”

she pours everyone a drink and toasts, ” Here’s to independence!” Frank says he’s got a better toast still…”To Rose French!” he raises his glass to her.

The scene bleeds into the next frame:

“I just can’t believe it”

The story plays out as a vaguely grotesque crime drama, with a poignant blast of tension and angst, thanks to Ms. Astor’s presence. Is Rose truly dead, or is there something fishy going on with the Goodfield’s and their story. Has Rose’s secretive journey led her to a strange and sinister place? Is Rose caught up in a dangerous scheme of greed and murder!

8 thoughts on “Sure as my name is MonsterGirl, This is a Boris Karloff’s Thriller ” Rose’s Last Summer””