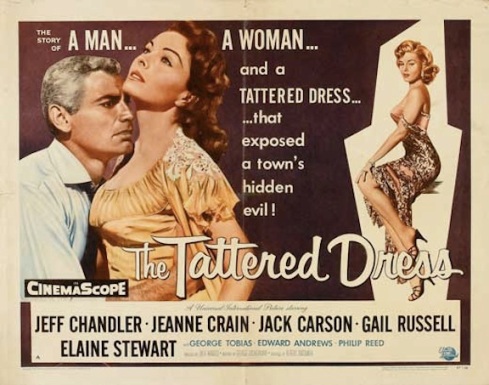 A Woman and a Tattered Dress…that exposed a town’s hidden evil!

The Tattered Dress is a story actually utilizing the Noir canon of misdirection. The film appears like a melodramatic pulp fiction court room drama, yet it’s muted focus on the object as Charleen Reston and the ensuing crime is a ruse. The film wrings out the real underlying quality of it’s psychological thrust which winds up telling a very different story in the end.

This is a soft sleepy noir court drama that takes place in a wealthy Nevada desert town and might be considered quite the departure for Jack Arnold who is beloved for his memorable contributions to some of THE best 50s sci-fi cautionary tales. The imposing gigantism in Tarantula (1955) The vast shots of sand and open expanses left me wondering if the large ghastly spider would come creeping out yet again from behind a bolder in The Tattered Dress. Arnold is actually very well known for his contributions to the western (No Name On The Bullet 1959) as well as several vintage television series such as Peter Gunn, Rawhide, Perry Mason, Mod Squad, and It Takes a Thief.

I particularly love Arnold’s transcendental masterpiece The Incredible Shrinking Man. (1957) And his colonial inspired science fact/fiction, study of the savage jungle reaches with The Creature From The Black Lagoon (1954).

To his sympathetic alien castaways in It Came From Outer Space.(1953) But consider that Arnold is also responsible for High School Confidential, (1958) The Glass Web (1953), Girls In The Night (1953) , Man In The Shadow (1957) and The Mouse That Roared (1959), you see that he is a very versatile film maker with a vision toward social commentary. 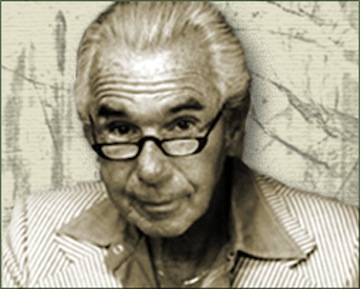 The story is written by George Zuckerman and faithful Hollywood make up artist Bud Westmore is on crew for the make up. Produced by Albert Zugsmith.

The film’s music is sensational. The overall vibe that swings between pulp melodrama orchestra and burlesque jazz is invigorating to the script. The score utilizes a Blues style Burlesque/ Show Tune Jazz using bassoon, oboe , horns , clarinet, piano timpani bass and viola and a brass section.

Frank Skinner does the music and it’s supervised by Joseph Gershenson. With an uncredited musical contribution by Henry Mancini. (Charade 1963) Mancini was a genius known for countless film scores and musical direction for television. He died in 1994 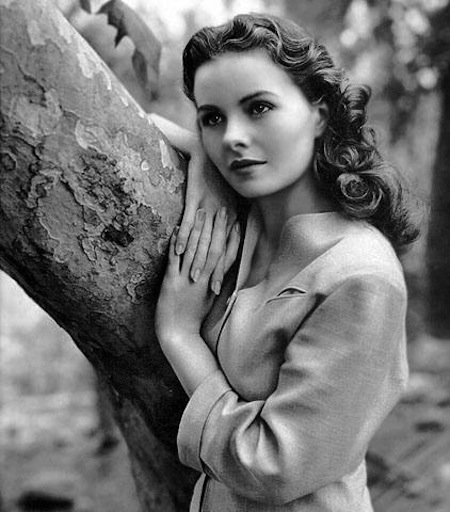 Jeff Chandler is an interesting actor for me. I don’t particularly like the essence of his acting. He’s stone like, in fact his features are rather chiseled in a way that makes his looks unreal, more like a marble statue spouting lines. Yet there’s something in his face that is equally compelling at times. It’s hard for me to divine it. Having done plenty of war and western films, I’m not as familiar with his work such as Cochise in Broken Arrow 1950 or Away All Boats 1956. I’d like to acquaint myself with his work more as I don’t want to stop on The Tattered Dress and assume Chandler doesn’t possess a range to his acting. It might be a stylistic thing, chemistry is very important, and either the role of Blane turned me off, or this actor just isn’t my cup of tea. I’ll have to study him a little closer from now on. The one fact that popped up in doing this post is that he was suspected of being a cross-dresser. 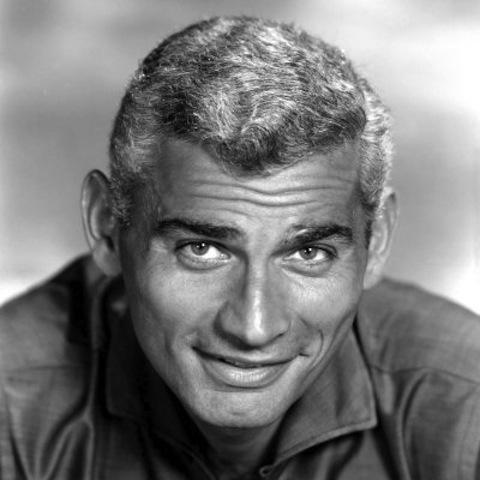 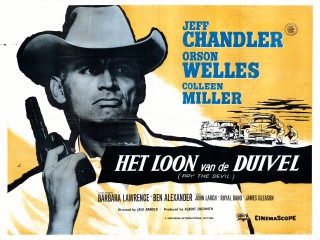 I think it’s fascinating to take an actor who has worked along side of American masculine icons such as John Wayne the epitome of a certain brand of masculinity and have him secretly playing with the gender continuum. I’m not making a value judgement here, just to be clear. Nor am I confusing being a cross dresser with being gay. There are diverging differentiations between sexual orientation, gender identity and sexuality and projected self image. None of which is an issue with me.

I do how ever enjoy finding out when these male role models of iconic American manhood, secretly like to walk around in  lacy bodices and cover their very male lips and cheeks with fuck me red goo whilst balancing on heels that I wouldn’t even punish myself with on a dare. Then again, I like to wear metal tipped men’s boots and I myself prefer girls most of the time, so there it is. But I’m not pretending to be June Cleaver in a dozen gender appropriate films. Without dwelling on it, here is the wiki link that mentions Chandlers shall I say hidden habit.

http://en.wikipedia.org/wiki/Jeff_Chandler_%28actor%29  The wiki bio refers to Esther Williams dating Jeff Chandler then dumping him after she discovers that he is a cross dresser.

Back to the The Tattered Dress!

In short the story starts after a night out where the wealthy wife Charleen Reston comes home to her smarmy husband Michael Reston, with her dress ripped, showing her half naked body. In a controlled bit of rage, he grabs a gun and his wife roughly by the arm and heads out into town, where he proceeds to gun down the popular young man his wife was sleeping with, while he is out walking in the street. Reston Shoots him in the back as he starts to run away. Once lying dead on the street, the couple callously walk over to the lifeless body as if merely to look at a cigarette butt they’ve discarded out their car window. Looking down at the body as if it is nothing more than useless garbage.

A New York Lawyer is chosen to come to a quiet Nevada desert town of Desert View, to defend the wealthy husband for killing this young man who supposedly assaulted his provocatively alluring and cheating wife who is lensed as ‘a bad girl.’

The town is run by an affable man on the surface, yet a very head strong sheriff with a chip on his shoulder, and once Lawyer Blane manages to get a not guilty verdict for rich Mr Reston, the sheriff vindictive nature, concocts a plan to set up Blane on phoney extortion charges out of revenge for not only defending the wealthy playboy who killed his friend, young Larry Bell, but also the humiliation he endures while on the witness stand at the hands of this pompous lawyer from New York. From the beginning Blane is met by a distinctly hostile townsfolk, who not only mistrust him, but despise the Restons and everything they represent. The environment of vast desert wasteland sets the stage for a modern day non conformist flavor, a throw back to the old fashioned western, and the ensuing confrontation between 2 dueling forces. END_OF_DOCUMENT_TOKEN_TO_BE_REPLACED